Hard braking is a serious issue for many vehicle fleets. Not only does it contribute to excessive wear and tear on fleet vehicles, it serves as an indication of dangerous driving behaviors that could cost lives.

The question is, “how can you keep your drivers from engaging in hard braking?” It would be a little impractical to sit in the cab with each of your drivers and tell them how to drive. But, if you follow a few simple tips, you won’t have to go to such extremes!

Tip #2: Use Training to Make Following the Rules Habitual

Tip #3: Keep Track of Which Drivers Have Incidents Behind the Wheel

Tip #5: Give Drivers Enough Time to Safely Reach Their Destinations There are several reasons why a driver might have to slam the brakes during a drive—and not all of these reasons are wholly within the driver’s control. Things like animals in the road, the vehicle in front suddenly stopping, or speeders making dangerous lane changes are unexpected events that necessitate sharp braking. But, these are the exception, not the rule.

It is more common for drivers to not allow enough space between themselves and the vehicle in front of them. Many drivers severely underestimate the stop distance they need in an emergency situation. On average, a truck traveling at 55 mph needs at least 510 feet to come to a stop over the course of six seconds.

This figure assumes an alert driver with a good reaction speed.

Tip #2: Use Training to Make Following the Rules Habitual!

One of the first things you can do to prevent hard braking is to establish firm rules for how closely your fleet’s vehicles can follow others and at what speeds. Reiterate these rules by having drivers practice them in training whenever possible.

Training is your chance to reaffirm the rules with drivers before they operate unsupervised with your company’s vehicles and reputation on the line.

Tip #3: Keep Track of Which Drivers Have Incidents Behind the Wheel

Every business with a vehicle fleet should be keeping track of any and all incidents that their vehicles are involved in, no matter how minor. Keeping these records helps you to identify patterns of behavior among your drivers—letting you reward good drivers who have few or no incidents on their records and focus retraining on drivers who need it most.

Simply knowing that you’re tracking incidents can do a lot to deter the dangerous driving habits that lead to hard braking.

While tracking incidents is a reactive method of identifying bad drivers, using GPS tracking solutions for your vehicles is a proactive way to monitor every driver’s behavior behind the wheel, good or bad.

With GPS tracking for fleet vehicles, it’s possible to actively monitor the top speed, acceleration, braking, and cornering habits of your entire vehicle fleet in real time. This can let you spot drivers who engage in dangerous driving before they get into an accident or get pulled over. Armed with this information, you can reach out to drivers and correct bad driving behaviors quickly.

Tip #5: Give Drivers Enough Time to Safely Reach Their Destinations

Even the best, most habitually safe drivers may fudge safety rules to try to meet an aggressive timetable. If a driver has exactly 6 hours to complete a 6-hour drive, with no time allotted for changing traffic conditions, time spent at the destination, or other necessities, they’ll feel enormous pressure to try and shave some time off the trip by speeding. Unfortunately, speeding often leads to hard braking.

The easiest fix for this is to arrange fleet timetables in a way that gives drivers some leeway on delivery times. This helps to reduce the pressure to get there fast so drivers can focus more on safety. However, this should be combined with GPS location tracking to make sure that drivers don’t waste time behind the wheel, either.

Although the Trump Administration’s DOT has, according to reports featured on Truckinginfo.com and other sources, taken the new speed limiter rule off of the FMCSA’s and NHTSA’s “near-term” agendas, it may still be worth installing such devices on your vehicles if your primary goal is to prevent hard braking.

By capping the top speed of your vehicles, you can make it less likely that drivers will be able to tailgate other vehicles in normal traffic conditions. However, it is worth noting that there are concerns that such devices could keep drivers from matching the flow of surrounding traffic, which could be dangerous as well.

Rather than physically limiting the top speed of your vehicles, it may be easier to use GPS to track the speed of vehicles in certain areas to see if they’re speeding excessively and investigating if such speeding is dangerous based on the road conditions.

Safe, efficient drivers enhance a company’s reputation for reliability and safety, while also keeping operations on track. Rewarding these drivers is a must if you’re going to get others to follow their example.

Whether it’s a pat on the back or a more formal awards ceremony, recognizing safe drivers and giving them a quick reward for being a good example to others is a great idea. This can help inspire others to emulate good driving behaviors as well as keep your best drivers working for your fleet instead of a competitor.

Do you have a favorite tip for preventing hard braking among your drivers? Share it in the comments below! 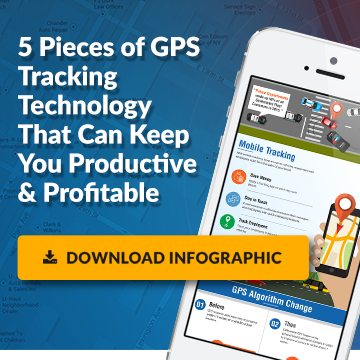 Why You Should Monitor Hard Braking and Acceleration

How To Use GPS Fleet Management to Combat Brake Checking