To create safer communities, municipalities need to have access to top-of-the-line tools. One tool that can have an unexpected impact is GPS tracking for public safety.

Here are a few things that municipalities can do with GPS tracking to increase safety for their citizens:

Accountability can be a serious issue for drivers in municipal vehicle fleets. Dangerous driving habits, such as excessive speeding when not responding to an emergency, put both municipal assets and citizens at risk.

Even when responding to an emergency with lights and sirens running, it’s vital for drivers to exercise caution around intersections because cross-traffic motorists might not see or hear emergency vehicles in time to clear the intersection. News reports featured on Wesh.com of cases such as the Ocoee, Florida officer who “collided with a woman’s vehicle while chasing two armed robbery suspects” demonstrate the risks posed by high-speed chases, even with sirens and lights going.

GPS tracking systems for emergency vehicles help increase accountability for individual drivers by closely monitoring their driving habits. This makes it easier to enforce safe driving habits for drivers and puts safety at the forefront of their minds when they’re behind the wheel.

Not all public safety issues are tied to emergency response. For example, road maintenance crews contribute greatly to traffic safety by clearing the road of debris that could be hazardous.

For road crews responding to reports of debris in the road, it’s important to be able to plan a route that allows work crews to reach the greatest number of hazards in the least possible time, or to prioritize high-risk debris before it can cause a major accident.

When applied to emergency vehicles, such as police patrol vehicles, GPS can not only improve route planning in an emergency—the active tracking of all police assets allows dispatch to rapidly identify and send the closest squad car, saving precious minutes.

Many municipalities have started turning GPS tracking into a tool for catching thieves in the act. In numerous police precincts, bait cars have become a staple of the crime-fighting arsenal.

By placing GPS-tagged bait cars in key locations around the city, law enforcement can attract thieves and capture them. Some municipalities have used bait cars to track thieves to their base of operations and cut the problem off at the source.

As noted by a Washington Post article, in 2005, Prince George county “reported 16,332 stolen autos… by 2010, the number of auto thefts had come down to 6,052, and it has continued to decrease.” That’s a decrease of more than 10,000 thefts a year, thanks in large part to bait cars and other antitheft technologies.

By catching criminals and taking them off the streets as well as turning any “convenient” opportunity for theft into a potential police trap, GPS-laden bait cars have helped make the streets safer for vehicle owners by deterring auto theft.

These are just a few of the ways that GPS vehicle tracking could be used to increase safety for municipalities. For more information about how to use GPS, check out some of our other resources. 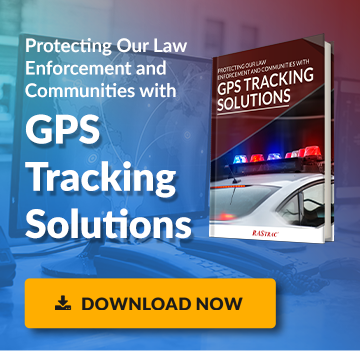 How Can Sanitation GPS Vehicle Tracking Help Your City?

4 Reasons Why GPS Tracking for Public Safety is Needed

The Road to Success: How to Improve Government Vehicle Tracking

7 Ways That Local Governments & Municipalities Can Use GPS Tracking