For a while now, mobile network providers have announced plans to sunset Code Division Multiple Access (CDMA). Verizon Wireless has announced their plans to retire its CDMA (1xRTT) network at the end of 2019.

Most consumers switch and upgrade their mobile phones every couple of years or so. But when it comes to your fleet management and telematics equipment, those are usually long-term investments that are not meant to be replaced as often. What will this mean for your fleet management strategy if you are using a tracking device which utilizes Verizon for its connectivity?

Before we dive further into that question, let’s take a brief look at cellular and CDMA technology.

A Brief History of Mobile Networks

When 2G networks started in the early ‘90s, they were commercially launched on the GSM standard (Global System for Mobile Communications) and utilized narrow band digital networks. They dramatically improved call quality and reduced the complexity of data transmission. Between 2G and 3G there was a short phase that is commonly referred to as 2.5G which, among other things, assisted in the ushering in of GPRS (General Pocket Radio Service).

The first commercial launch of a 3G network happened in 2001. It increased the data transfer speed and allowed the networks to fit more users and their data into a smaller space on the network.

Today in the United States, all major cellular providers have started the transition from 3G to true 4G LTE. An acronym for Long Term Evolution, LTE is a 4G wireless communications standard developed by the 3rd Generation Partnership Project (3GPP) that's designed to provide up to 10x the speeds of 3G networks for mobile devices such as smartphones, tablets, netbooks, notebooks and wireless hotspots.

What Should You Expect from the CDMA Sunset?

In a nutshell, most mobile networks are looking to kill their CDMA networks in the foreseeable future. With this imminent shutdown, carriers are in the process to move customers to the newest technology. Verizon has announced that it will sunset all CDMA devices at the end of 2019. T-Mobile has stated that they will likely sunset all 2G and 3G devices in late 2020. AT&T is expected to phase-out their 3G network around 2021 or later.

What Does This All Mean for Fleet Management?

For a fleet manager utilizing a GPS tracking system, it most likely means that you’ll need to replace any tracking devices you currently have installed on your vehicles and equipment. The exceptions would be if you’re transmitting via radio or satellite, or if you already have LTE devices.

So, how can you tell if you’re going to need to replace your devices? If you’re a Rastrac customer, we’re going to tell you. We will be contacting our customers that utilize Verizon communications individually over the course of the next several months.

If you use another service, contact your provider and have them look at the device they supplied and the mobile carrier they use. If you supply your own communication account, you can use the dates above as a general guideline. However, remember that certain markets will begin to be dismantled prior to the final sunset date, and you may lose functionality long before then.

If we can be of any assistance during this transitional period, please feel free to contact us and we’ll answer any questions you may have. 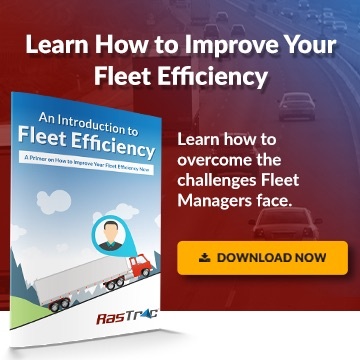 How’s My Driving? –An Important Question in Fleet Management

Is Your Fleet Too Small for a Fleet Management Program?

How Fleet Management Can Help Fleets Survive a Harsh Winter