Loss prevention is a major issue for any business. Retail stores need to control shrink, warehouses need to protect goods while in storage, and fleet managers need to ensure their vehicles are well-protected while on the lot. Security cameras are an important tool for loss prevention.

Surveillance camera systems are a time-honored anti-theft measure—making them a crucial part of asset management and protection. However, their primary role is to gather evidence to identify thieves after the fact. But, what if you could turn your security cameras from a simple evidence-gathering tool into a proactive loss prevention resource?

With security camera AI solutions like Actuate by Rastrac, you can!

What is Security Camera AI?

Security camera AI is the term for software that takes the visual data collected by a connected security camera system and tries to identify what’s happening. The AI can then generate alerts if certain criteria are met.

As noted in an article on The Verge, one of the traditional problems with security camera systems is that they’re “like portholes: useful only when someone is looking through them.” Security camera AI solves this issue by putting a digital brain behind the digital eye—one that is always alert and watching for signs of intrusion or danger.

Actuate by Rastrac is a deep-learning security AI solution that works to eliminate false positives by learning to separate normal activities from abnormal ones after each incident.

However, most modern thieves know all too well how security cameras work. So, they often take steps to avoid them or minimize their effectiveness—like wearing disguises/masks or disabling some cameras.

If thieves aren’t caught in the act by someone watching the camera feed, then nobody will think to check the footage until the missing inventory discovered. This means sifting through hours, days, or even weeks (or more) of footage to try to find if the incident was caught on camera.

With AI, your camera system can identify intruders and alert the police, your security company, or your onsite security team to their location immediately without the need for human intervention. This massively improves speed of response for break-ins, robberies, and other incidents.

Even with an AI solution, there are several do’s and don’ts to using surveillance systems. Some of these security camera guidelines help you get more out of your security systems, while others help you avoid violating important regulations.

Need help getting started with a camera system AI? Reach out to the Rastrac team to get started with Actuate by Rastrac! 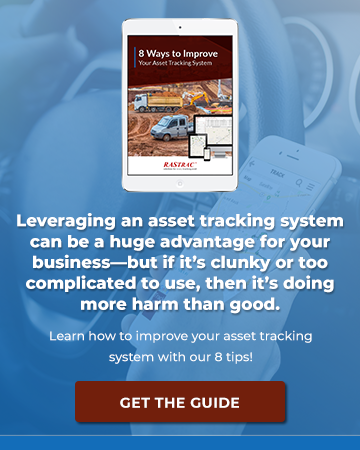